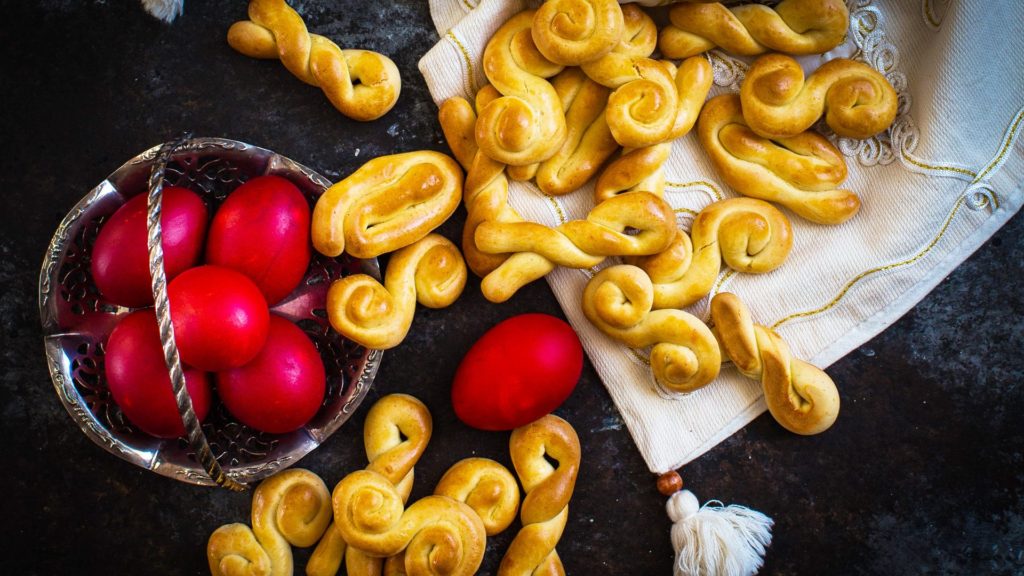 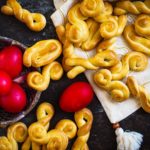 What are the 4 most famous Greek Easter Traditions?

Greek Easter isn’t only about Easter bunny shaped chocolates as we had once thought! The 7 year old child in us is still a little bit disappointed that this day isn’t in fact devoted to the cute little furry animals. Regardless, finding out the real reason behind Easter is just as rewarding.  Easter marks the resurrection of Jesus Christ from the dead. According to the Bible, the tomb in which Jesus was buried was visited and was found empty when an angel appeared explaining that Jesus had risen.

Greek Easter isn’t always celebrated at the same time as many other countries; this is because the date of Easter in Greece is marked by the Greek Orthodox calendar. Greek Easter traditions vary as a result of our culture as well as by our Christian denomination. Let’s take a look at four of our Greek Easter Traditions! 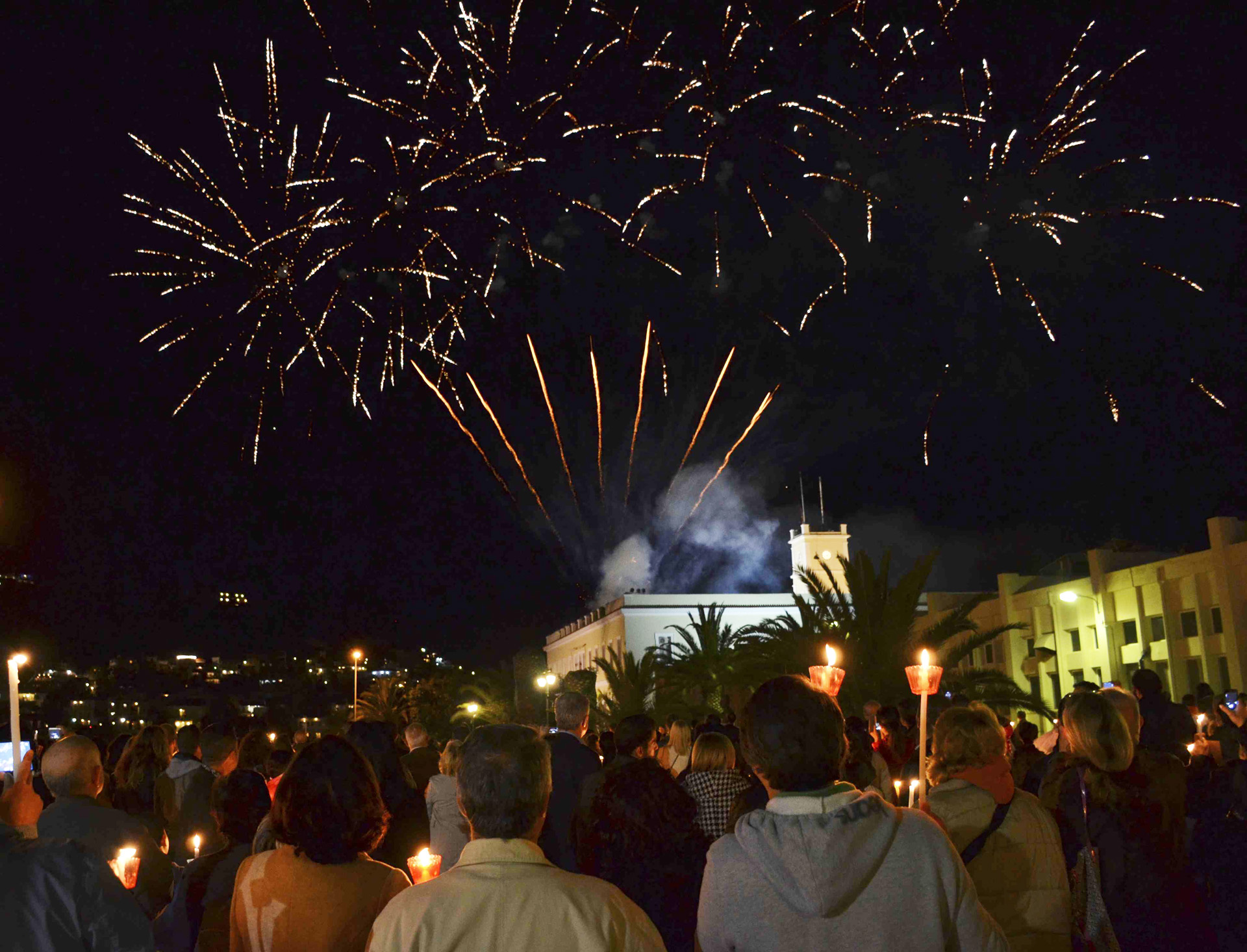 Late on Saturday night local Greek churches are filled to the brim, at midnight the churches turn their lights off and the church bells ring proclaiming the resurrection of Jesus Christ. Greek children choose their candles, usually decorated in a particular theme; some kids enjoy candles that have butterflies, cars, even small stuffed animals attached to them. At this point, the priest lights a candle which represents Jesus’s eternal flame. Young and old come to light their candles, the lit candles are then taken back home. A cross is made above the entrance to the house with the candle; a black cross is left which is done as a way to receive blessings from God. 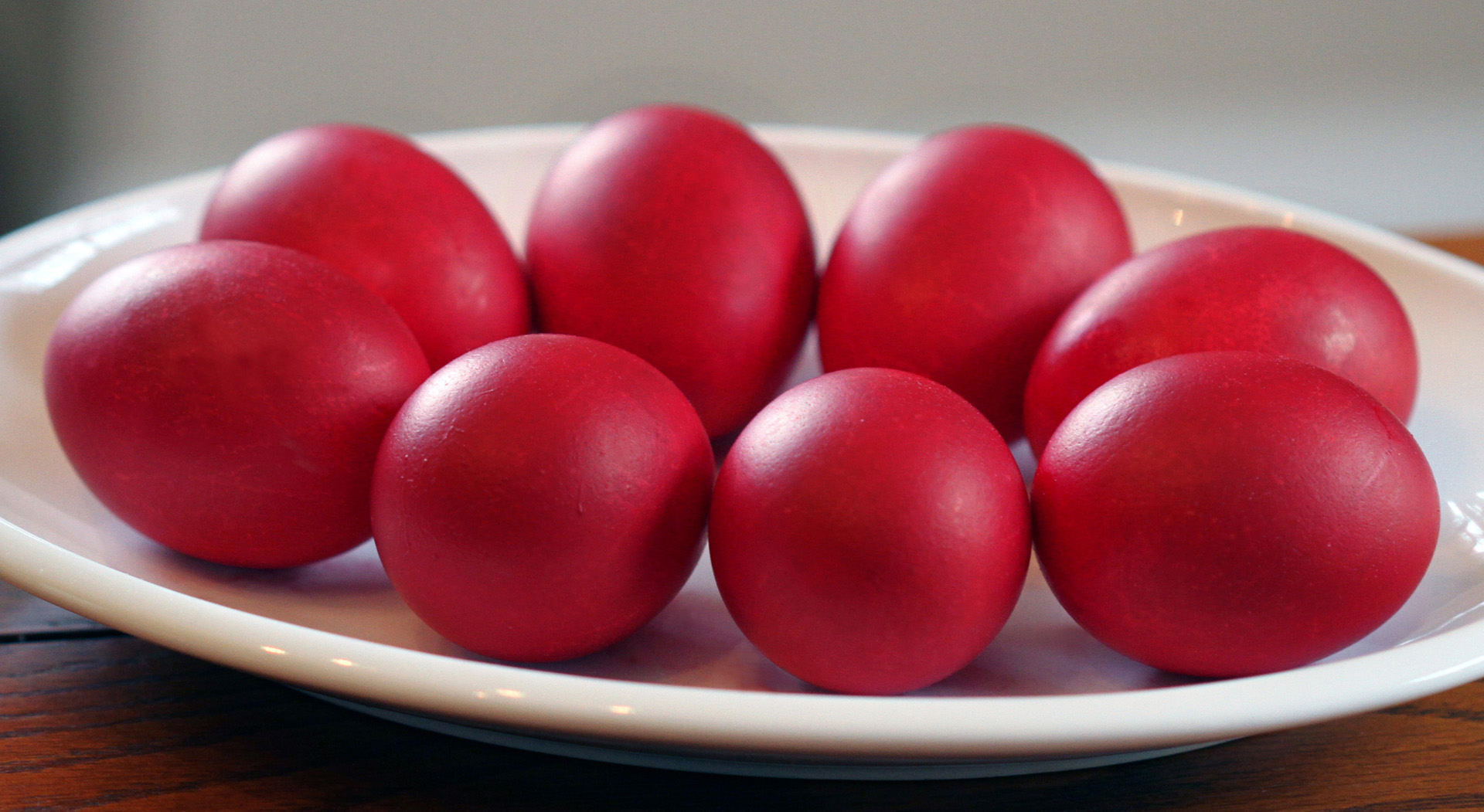 Cracking Easter eggs is a tradition that can either make or break the bonds between you and your family members. Not even the Olympic Games get as competitive as Easter egg cracking! Each member of the family selects an egg that they believe is the strongest, after doing so one person hits their egg on another person’s egg.  The person’s egg that cracks loses and the winning egg ultimately moves onto the next round. The egg cracking continues until there is one winner. It is said the person that is left with the winning egg will have luck for the rest of the year, according to the Greek Easter tradition. What is the real reason behind this tradition? The red eggs symbolize the blood that Jesus shed on the cross. Whilst cracking the eggs one person announces “Christos Anesti” which means “Christ has risen” while the other person responds “Alithos Anesti” which translates to “Indeed, he has.” 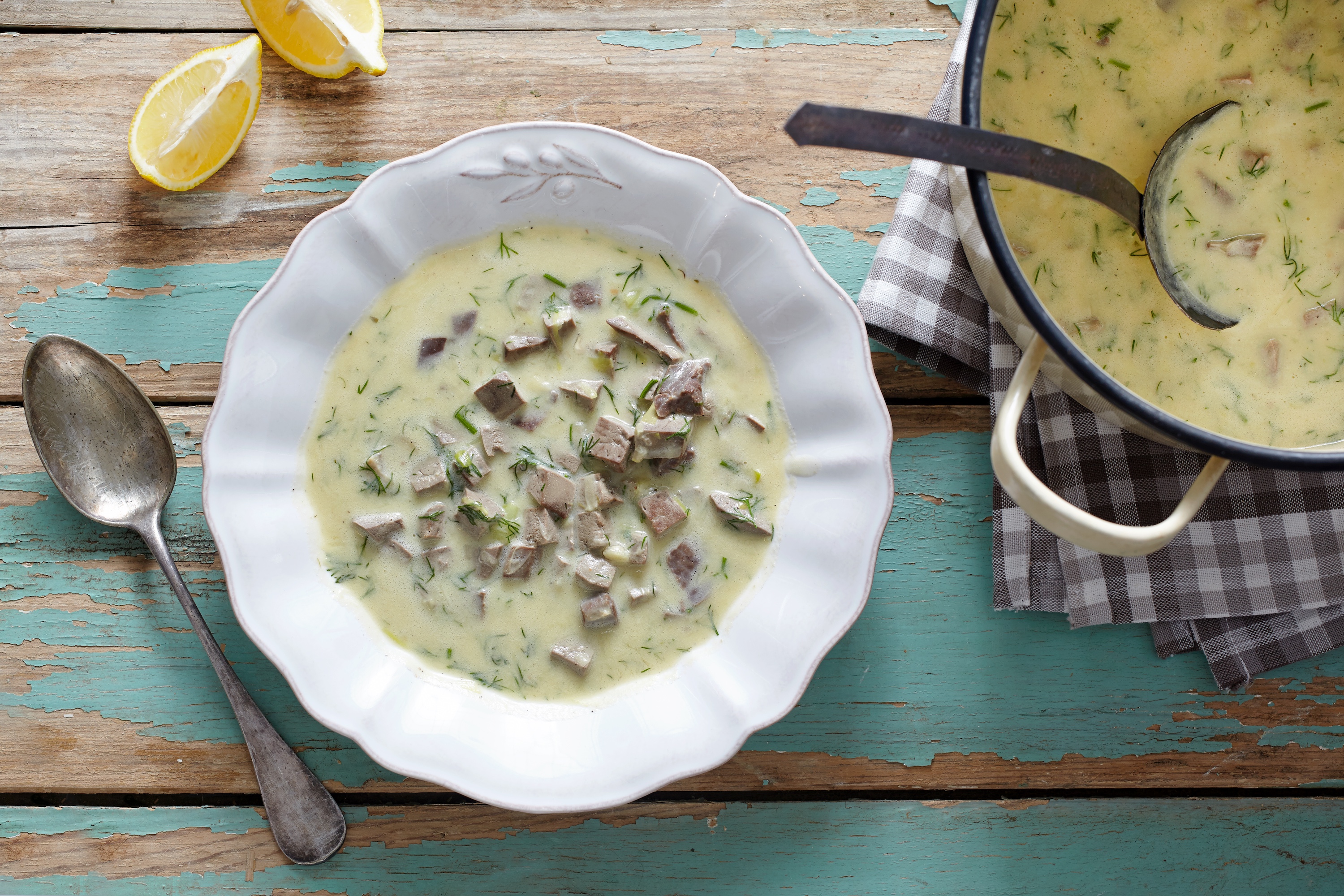 Magiritsa is a traditional Greek Easter meal that is typically eaten after coming back from church on Easter night. It is make up of lamb offal which is the internal organs of an animal – I know what many of you might be thinking, but take our word for it- it’s delicious! The meat is put together with some boiled vegetables including lettuce, dill and onion.  As many people may or may not know, before Easter, Greeks fast for 40 days, in which, during those days meat is not eaten. This is the first meal that is consumed containing meat which breaks the fast. 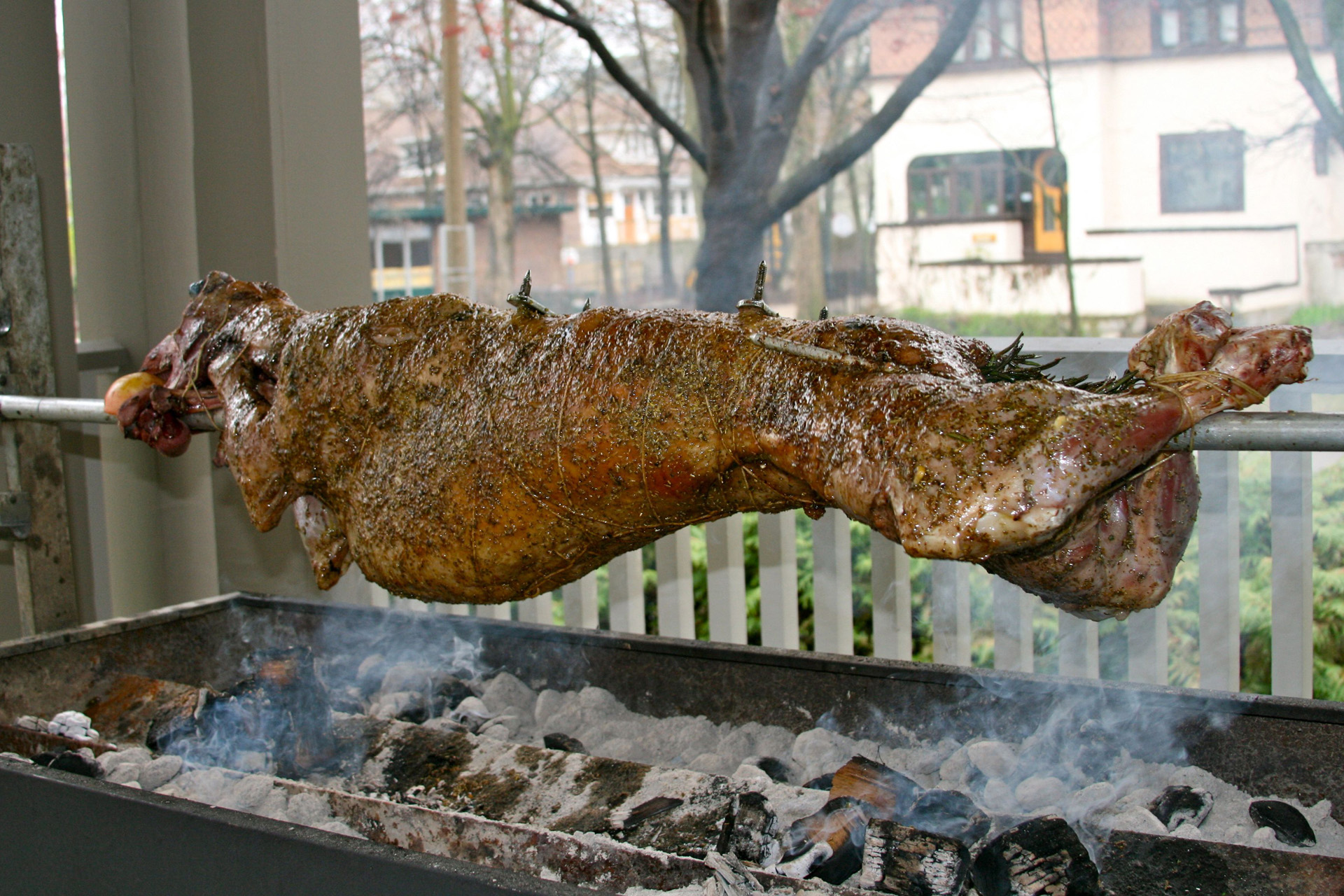 Easter Sunday is one of the biggest family gatherings that may possibly exist in Greece. We already know Greek families are huge but on this particular day it is almost as if the family grew five times larger over night! Families come together to roast lamb on a spit which is accompanied by many other Greek dishes and drinks!

Now that you learned about some of the biggest Greek Easter traditions, we wish you a Happy Greek Easter – Kalo Pasxa, from us here at Grekaddict! May your stomachs be full of Magiritsa and your year be filled with blessings!