Dare to dream of a carefree world by joining in the LGBTQ friendly tour in Athens where homosexuality in antiquity was the habit of the day.

Walk towards Plaka - perhaps the prettiest Athenian neighborhood to start the gay-friendly tour in Athens and let the game begin!

There is more to the Acropolis Hill than the Parthenon. The second part of the game will take place alongside the lovely Areopagus view.

One of the most exciting parts of Athens has just been discovered. Did you make any new friends while you were at it?

Wander along the Acropolis neighborhood while the ancient sexual practices come to light. Engage in the interactive LGBTQ friendly tour in Athens and uncover great truths about sexuality and nudity in ancient Greece; the homosexual inclination amongst men, the alluring “hetairai” – ancient prostitutes, the practice of masturbation – yes – even philosophers did it, the playboy who desired Socrates, the Greek matriarchal civilization and the island where you could see your typical man in a skirt and the average woman walking around topless. Devour the compelling information on ancient Greek myths and legends and amuse yourself with the ultimate entertaining quiz in the most fascinating gay-friendly tour in Athens.

Make Your Own Souvenir Workshop in Athens

Connect with your creative side and experience the oldest and most original Greek form of art in this Make Your Own Souvenir Workshop ...
Classes & Workshops 2h 30min

Take a walk through the lively Athenian streets at dusk to uncover hidden eateries with the Athens by Night Private Food and Wine Tour. ...
Food & Wine Tours 4 hours 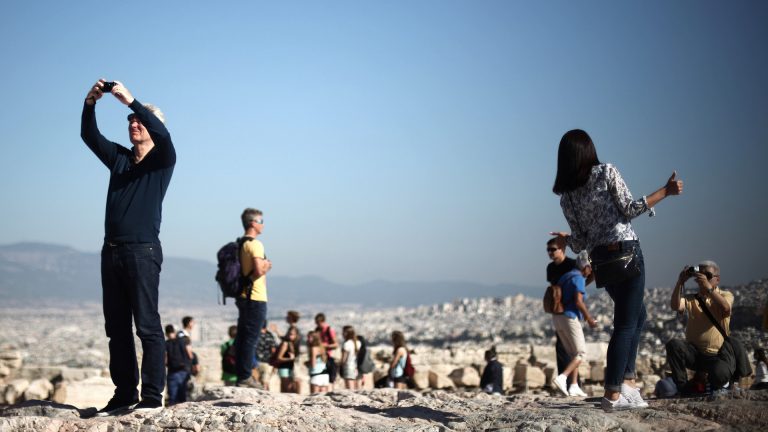 Athens Private Photo Tour: In the Footsteps of the Ancients

If your passion combines the art of photography, a fascination for the ancient Greek history, and you cannot resist the opportunity to ...
Photography Tours 3 hours
Book Now
We use cookies to ensure that we give you the best experience on our website. If you continue to use this site we will assume that you are happy with it.OkCookies Policy